Tragically, IDS/UoS alumni and Chevening Scholar Dr. Obakeng Sethamo passed away recently. He did fantastic work in climate change and was a role model to many. He will be sorely missed. It is with deepest sadness that we announce the terrible news that Obakeng Sethamo recently passed away and our heartfelt condolences go to his friends and family.

Obakeng ‘Alfonso’ Sethamo graduated from IDS/UoS with an MSc in Climate Change and Development in 2016 and went on to complete his PhD at Fudan University in China between 2017 and 2020 focusing on bringing shared-values approaches into development studies as a new-generation participatory method. Obakeng was much loved within the IDS community and will be sadly missed. 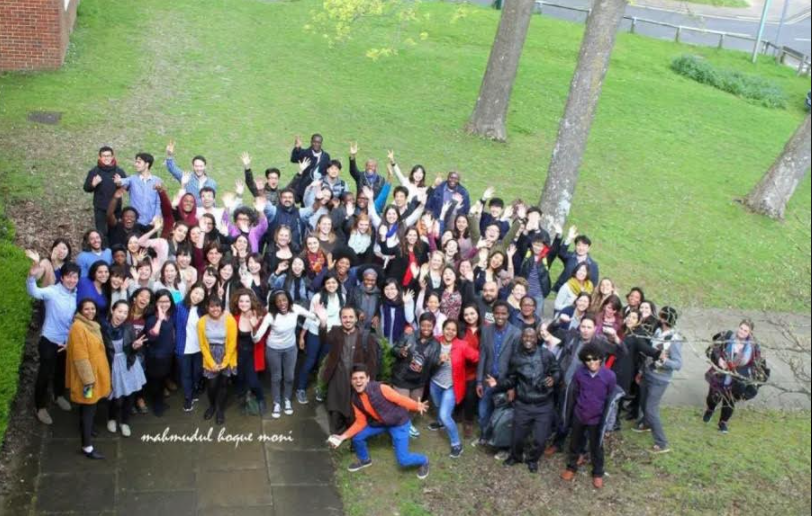 Obakeng was a committed student but what really stood out was his personality. He was such a friendly and engaging person who was well liked by all his peers. He had a ‘can do’ mentality and an infectious enthusiasm and dynamism in his approach to life.

He was an extremely positive and committed person and a great student to have on the course. He brought a lot of energy and ideas to the classes demonstrating his future enormous potential, he was well on track to be a leader in his field.

Obakeng published three papers based on his PhD in top journals, and is the first author on a paper being prepared for Nature Sustainability on values-based approaches in adaptation planning. Alongside his publications, Obakeng created a Seminar on Climate Change and Climate Information Services for Developing Countries and received the 2015 International Chevening Scholarship Award along with the 2017 Mandela Washington Fellowship.

He was a role model for the many students who joined the team behind him, African and Chinese.

The team here at Fudan misses him already.

Prior to studying at IDS, Obakeng worked as a Deputy District Commissioner for Botswana and a Disaster Coordinator for the Red Cross. After setting up a number of his own climate related initiatives, including the Climate Exploration Hub, he began working at the Southern Africa Science Service Centre for Climate Change (SSASCAL) as a Programme Officer and later became a Programme Coordinator.

Dr. Obakeng 'Alfonso' Sethamo and I meet at the University of Sussex in 2015 after being awarded with the International Chevening Scholarship Award to undertake an MSc in Climate Change and Development at the Institute of Development Studies/ University of Sussex. We were the only two Chevening Scholars in that programme. Even though we were from worlds apart, we instantly connected. We not only exchanged thoughts and ideas on climate change related issues impacting Small Island Developing States and Least Developed Countries but also engaged in cultural exchanges in the realms of music, cuisine and national traditions. More often than not, I regarded him as Mr. Sussex for his innate ability to instantly connect with people from different walks of life as we ventured to various events on the University campus and off campus. Obakeng was magnetic. Even after our time at the University of Sussex, we still maintained contact up to the week before his passing. We recently competed against each other under the COP Goal 2: Adaptation in the Chevening Climate Change Hackathon Group Stage at COP 26 in Glasgow, United Kingdom. My Condolences to his family and friends the world over! Obakeng, you will truly be missed but we will cherish your legacy at the Institute of Development Studies/University of Sussex amongst the network of friends that you maintained over the years!

Please feel free to share your own memories using the comments below or you can email us at alumni@ids.ac.uk to be included in this article. #GivingTuesday is a global day of giving that is celebrated by more than 80 countries. On this #GivingTuesday, we kindly ask you to support the IDS Scholarship Campaign. More... Reimagining Social Protection at a Time of Global Uncertainty

Call for Papers are now open for the Centre for Social Protections international conference! More... Resources that might be helpful for mentees as part of our Alumni Network Mentoring Programme. More... Find out more about IDS Alumni Network Group Mentoring including how to apply to be part of a new Group starting in earl… More...

We are excited to announce that we are inviting students to submit their ideas for the chance to be commissioned to writ… More...