Shiqing Gong (MADev14) asks whether issues of women and poverty may have been missed during China's national poverty elimination poverty campaign. China declared the victory of eliminating extreme poverty at the end of 2020 — ten years ahead of the United Nations 2030 Agenda for Sustainable Development. It is reported that, during the eight-year national poverty elimination campaign from 2012 to 2020, over 98 million people who used to live below the poverty line (around $2.30 a day) in rural areas have shaken off absolute poverty[1]. This achievement was hailed as ‘unprecedented’, ‘epical’, and ‘a complete victory’. However, despite the measured success in scope and scale, what has been missed out regarding women’s situation?

In China, women living in poverty face plights from different aspects, including income, time, and social assets. Although women’s employment rate reached 43.7% in 2020[2],  they are still more likely to be in vulnerable employment. Informal jobs such as care work, assembly line work, or self-owned agricultural production are often characterized by lower earnings, lack of social protection, and unfavorable working conditions. Moreover, women are more likely to spend time doing unpaid housework due to biased gender roles. This situation results in their lower well-being and decreased physical health. It also impedes their participation in social and economic activities, leading to a deficiency in their networking, education, and economic resources. Hence, women are trapped in a vicious cycle of poverty, both financially and socially.

More importantly, tackling issues of poverty from a gender-sensitive aspect is vital to break intergenerational poverty. A 2017 Report on Chinese Children Development has shown that insufficient material resources and incompetent parenting caused by women’s poverty were the main reasons behind children’s lagging mental and physical development[3]. If no effective measures are carried out, the outcomes of poverty alleviation policies will be largely offset.

Furthermore, helping women in poverty is in accordance with the people-centric approach of China’s anti-poverty agenda. Since the Chinese government is dedicated to promoting shared prosperity and equitable development of the whole society, responding effectively to women’s needs will demonstrate the government’s capability and efficiency.

The gender gap in the national poverty alleviation battle

Although instructions from the central government emphasized the essential role of women’s poverty reduction in the national campaign, the situation is not so optimistic due to gender gaps in the following aspects: insufficient gender-sensitive welfare mechanisms, women’s limited participation in decision making, and the neglect over the needs of vulnerable groups.

Current poverty-alleviation policies are mostly household-centric, with relatively few measures to address women’s needs, such as micro-financing, skills training, and basic medical service. However, the actual results of these measures are not always satisfactory: the targeted recipient of micro-financing is “women with management ability”, skills training programs are usually short-term and small-scale, and the subsidies they receive are more often used for family support purpose.

Woman is acknowledged as a critical role in lifting her family out of poverty, but instead of putting the ‘mother’ or the ‘wife’ in the position of contributing without complaint, we should call for a more gender-sensitive mechanism to address women’s own welfare and self-development.

Rural women’s willingness to participate in social and political issues is relatively low. As is shown in Figure 1, the proportion of female members in the villagers’ committee remained lower than 25%, far from the 2020 target. As mentioned before, women’s experience of poverty involves different dimensions, which could lead to dilemmas in their daily life, marriage, health, self-development, etc. Without enough incentives for including women’s voice and participation, it is much more challenging to solve unbalanced resource distribution problems and prevent poor households from falling into poverty again. 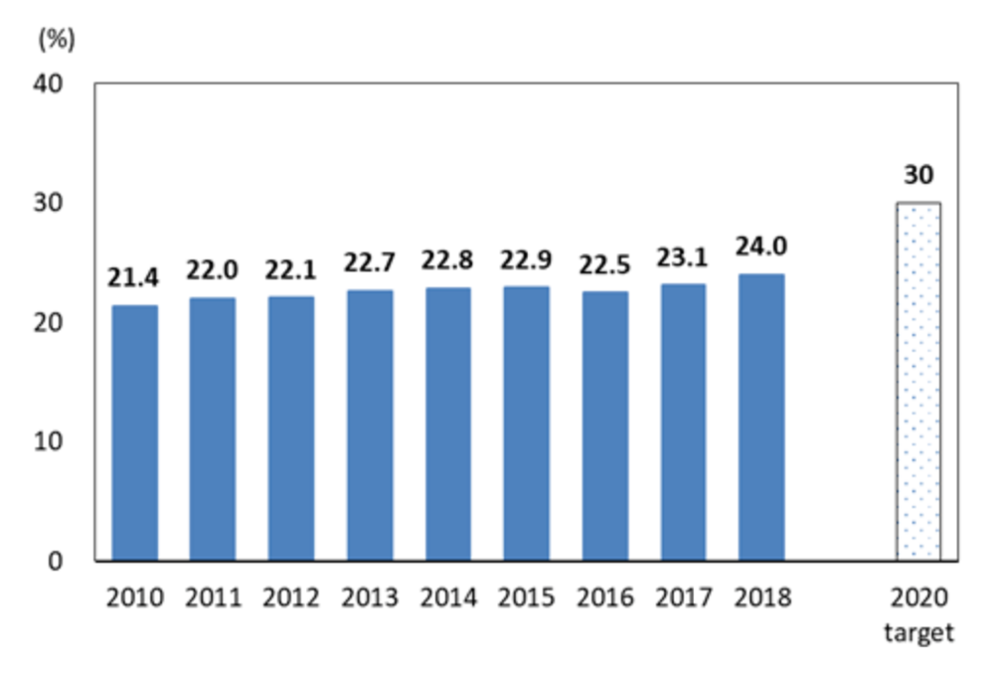 Another aspect that has been overlooked is the specific needs of vulnerable groups, such as urban poor women and migrant women. While poverty-alleviation policies have clearly stressed several measures to ensure medical service and financial assistance for rural women, other groups of women are absent from the current guidelines. Although these women have more or less contributed to the process of urbanization and industrialization, their special demands for social protection and assistance did not receive deserved attention in the anti-poverty campaign. 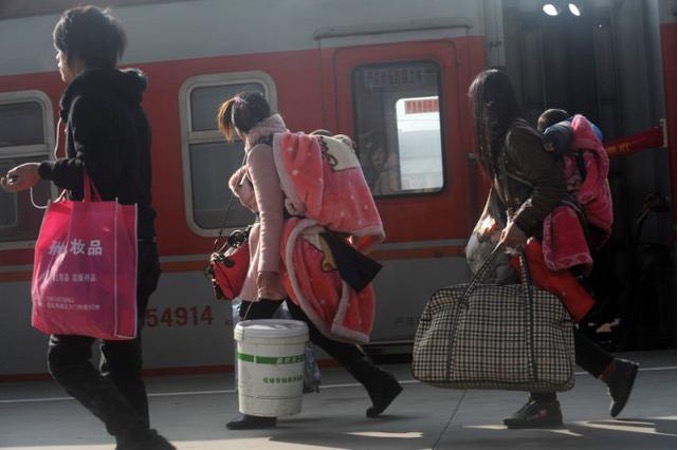 Image (above): K166.com. Return of female migrant workers to their home villages for the Chinese New Year

To keep a sober mind in the jubilant atmosphere of celebrating the absolute poverty elimination, we need to pause and think about what to do next.

A more comprehensive mechanism is needed to address not only women’s income poverty but also other aspects, including their well-being, self-development, and social participation. The effectiveness of this mechanism relies on women’s involvement in both decision-making and monitoring. Accordingly, it demands the government to carry out measures to improve the social status of women living in poverty, raise the awareness of their civil rights, sweep away the barriers for them to participate in the policymaking and monitoring process. Moreover, gender-disaggregated data should be provided to ensure the improvement of relevant policies and practices.

To ensure the rights of different vulnerable groups, governments at all levels ought to further the cooperation with civil society groups, social enterprises, and international organizations, bringing their influence and efforts into play for a more systematic poverty alleviation scheme.

It is too early to celebrate the victory if issues regarding women and poverty have not been tackled effectively yet. Taking one step further than focusing on the striking indicators and data, China still has a long way to go in promoting ‘development for all’.

[4] National Bureau of Statistics of China, “2018 Statistical Monitoring Report on the Implementation of China National Program for Women’s Development (2011–2020).” 2019.