Diaries of a Development Practitioner: Thoughts on Immersion

IDS alum Julia Pá (MADev01) on the joy and impact of her experiences of immersing in communities since being inspired by Robert Chambers at IDS in 2007/08. It was a Saturday morning in October 2007. I was attending a workshop at IDS as a MA student and for the first time heard the term Immersions: a powerful instrument for guiding policy making in a way that would bring about effective change. How can we, as development professionals, possibly interfere in another’s reality if we don’t understand it? And how can we possibly understand it, if we don’t dive in it, live in it? As I heard these words and looked outside at those British woods, a door opened inside of me.

It was a Saturday morning in October 2010. I had been working for the World Bank and was finally flying to my first mission in Mozambique, where we would implement a public works program. I travelled from Washington D.C. in business class and spent the week between a five-star hotel, Ministries and other donor agencies offices. We paid a one-hour visit to a beneficiary community, where we heard some of the local women singing, did some basic Q&A, and left. As I entered the hotel again, I felt an urge to go back to that community, to spend the entire afternoon chatting with these women, to help them cook dinner and to go to sleep in their houses. But I had to pack and fly back to D.C.

It was a Saturday morning in October 2011. I woke up at a bulletproof window room of the Sheraton Hotel in Dhaka, after a four-day conference on Social Protection in Bangladesh, which I had attended as a consultant for DFID. I had a quick – and yet sumptuous – breakfast and ran to the airport. That same day, after two flights, a 4-hour train ride and one jeep ride, I would go to sleep on the concrete rooftop of a school for refugee children in the state of Bihar, India, where I would volunteer for one month. Laying there underneath the stars, looking at the Universe and feeling every cell in my body vibrate much more vividly than in the past years, I decided to dive into Immersions in different communities and surrender to the learning that would emerge from each experience.

It was a Thursday morning in December 2012. I woke up in a house in Nuquí, a small rural community by the Colombian Pacific Coast. I had been living with a family for weeks, as the first part of my recently created 13 Moons Project: a journey to experience the daily lives of rural women around the world and translate it in photography and film. During my times there, I joined the beneficiaries of a government public works program. We were supposed to go to a nearby village, devastated by the FARC guerrillas and where a few poor families still lived, and cut the tall grass to avoid snakes. But we were too tired after walking 5 miles on the beach to get there. The government provided one truck that would come and go with loads of people almost falling off its back, but it was not enough to carry everybody – my group of women went the entire way on foot. It got me thinking about how some details in program implementation would improve beneficiaries’ well-being, security and actual labour strength. 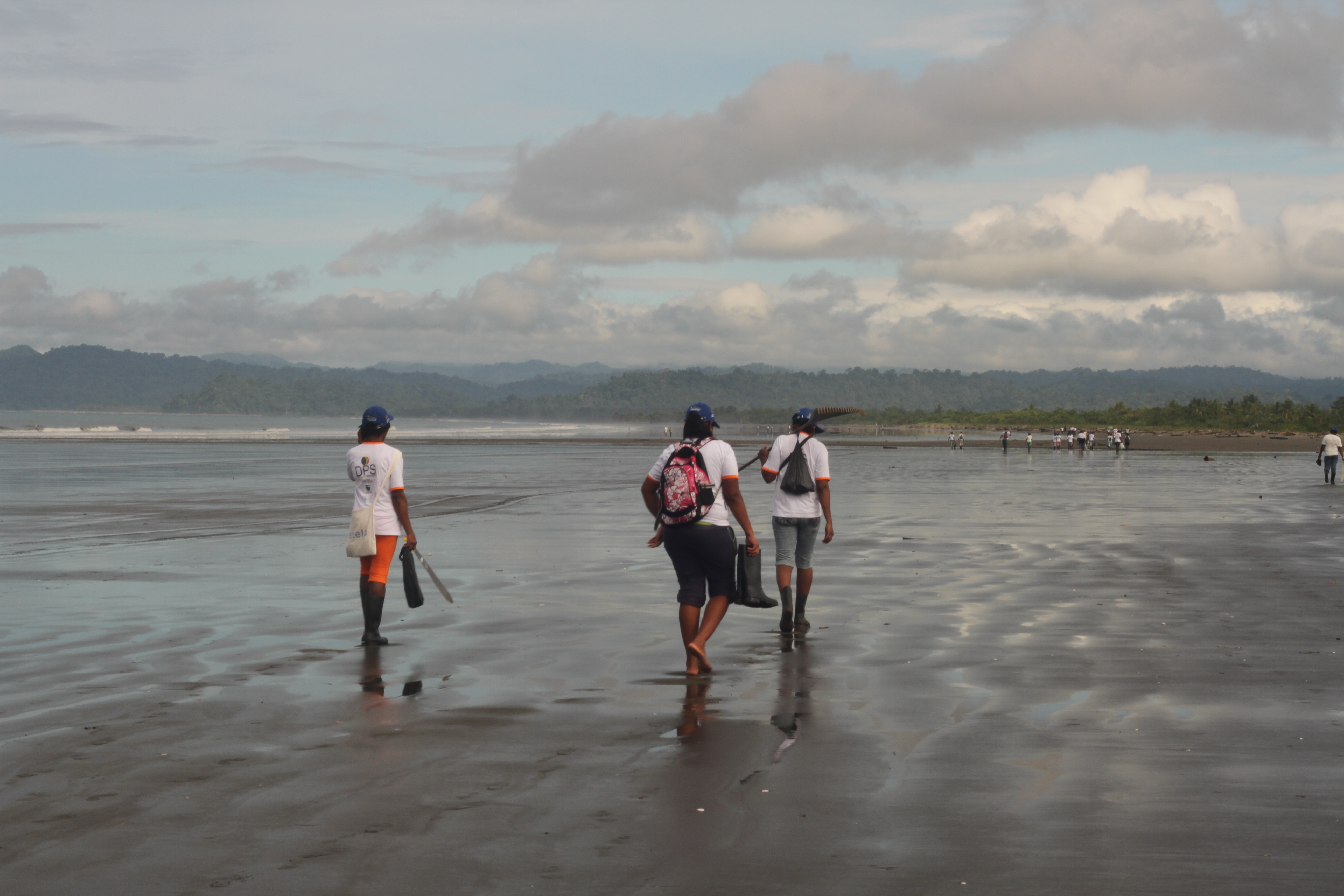 Image above: Provided by author. Nuquí, Department of Chocó, Colombia – December 2012. Beneficiaries of public works program walk by the beach to a neighboring village.

It was some afternoon in May 2013. I woke up in Burwa, a Hindu village by the Himalayans of Northern India. I was living in a house with two women who were married to two brothers, as part of my 13 Moons Project. As we walked around the village, we saw a group of women in their 80s sitting on a pile of white rocks, using heavy hammers to break them. Each time their hammers hit, it felt like the women were the ones that were going to break apart from the impact. I later learned that they were beneficiaries of NREGA, a wide national public works program. I kept wondering whether there should be proper matching of the type of works to the profile of beneficiaries. 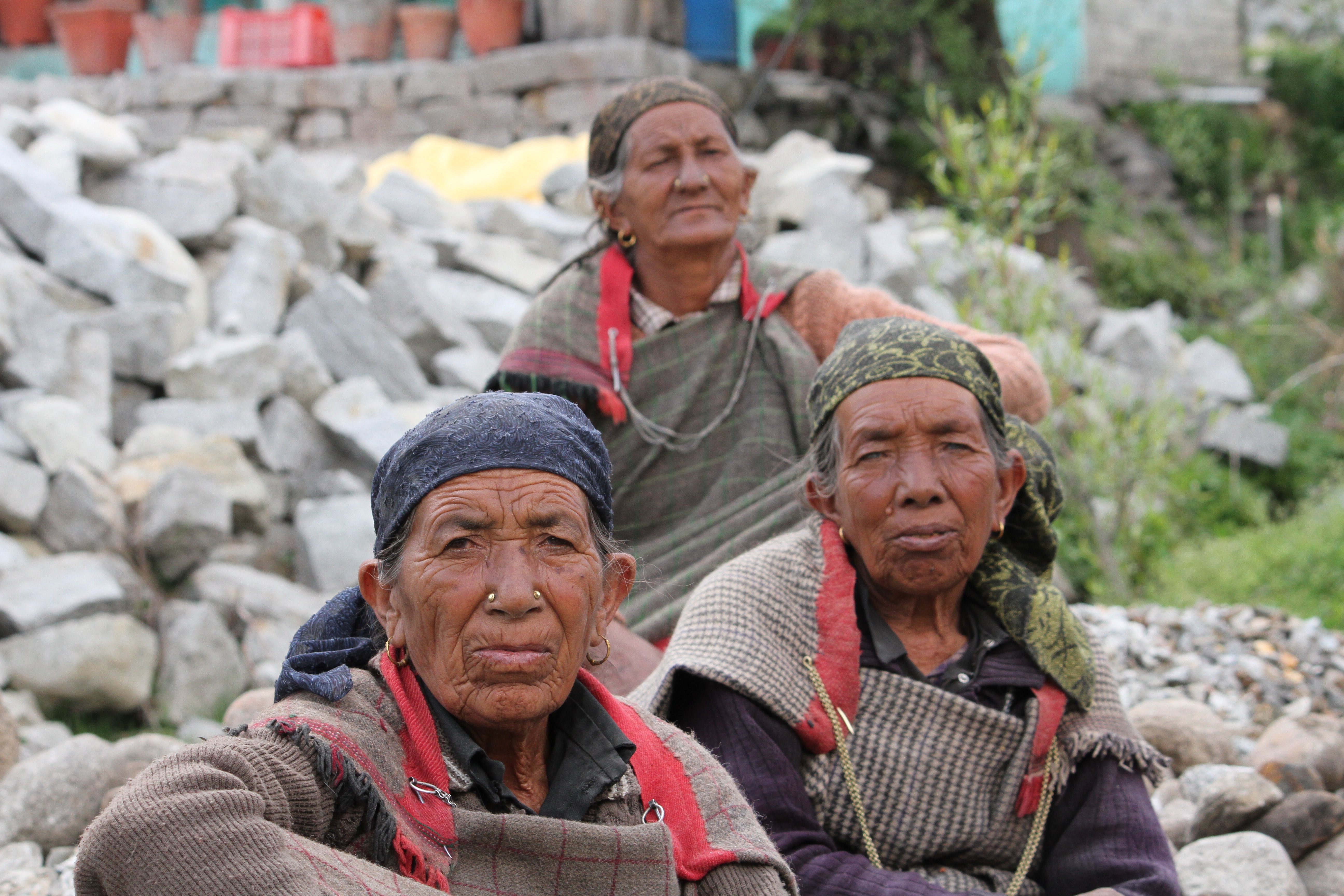 Image above: Provided by author. Burwa village, Himachal Pradesh, India – May 2013. Beneficiaries of NREGA program take a break from work. 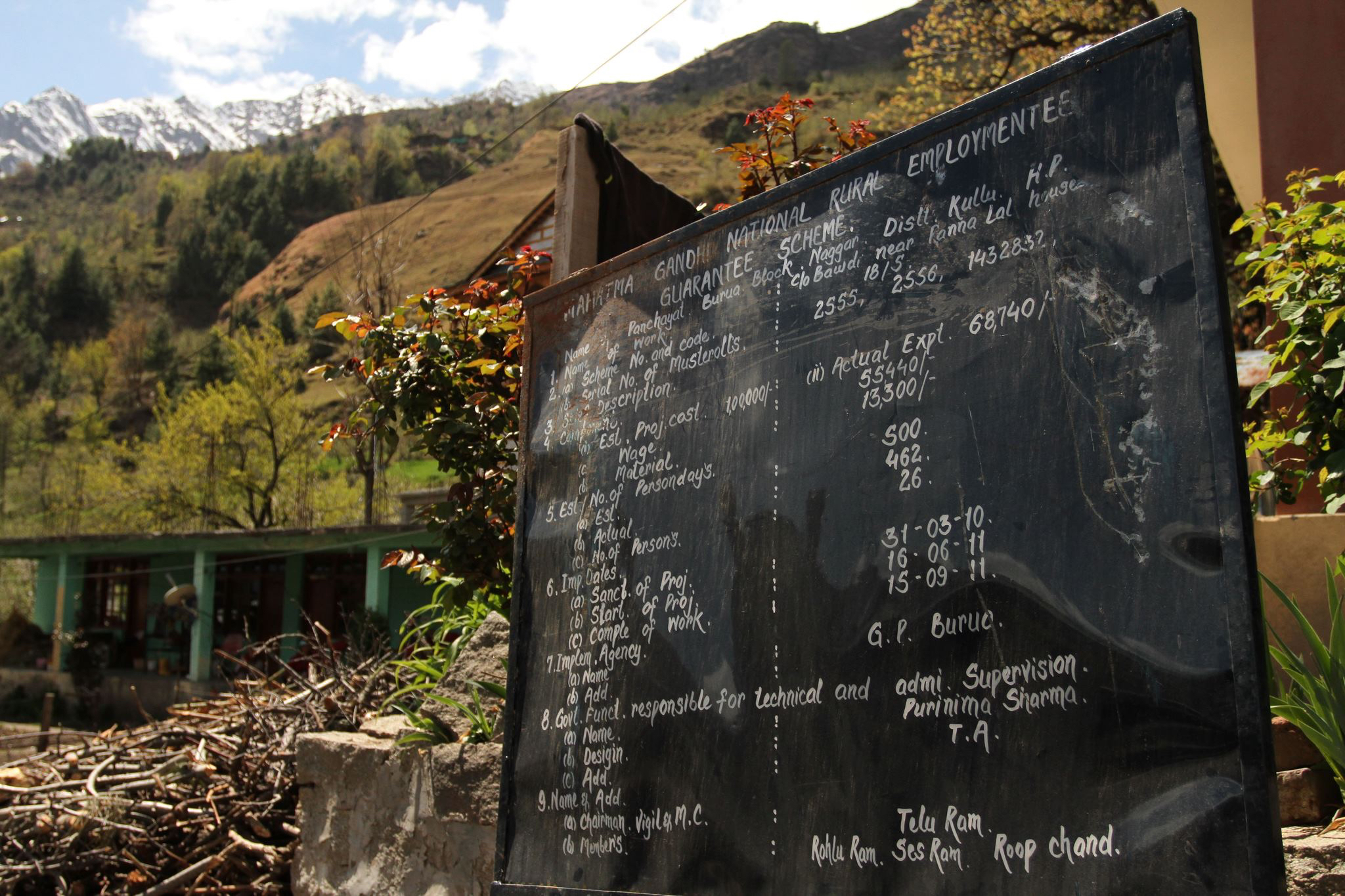 It was the beginning of 2014. I was in Rio de Janeiro, back in my home country, helping the World Bank organize a conference on Social Protection. The 60 countries that attended wanted to learn from Brazil’s experience with the cash transfer program called Bolsa Família. I was coordinating the field trip and reckoned that participants should have a taste of what a beneficiary’s life was like in the slums of Rio. I could not take 250 participants to sleep in the favelas, so I did the immersion myself with a family in the Vidigal neighborhood and filmed some of that experience to show during the Conference and sensitize them before we went on to the field. We invited the beneficiary that was the central character of the film to the screening, and she felt very shy in that Windsor conference room. A woman who raised five children by herself, built her own house in the mountains of Rio (and saw part of it fall apart during one heavy rain) was now feeling somewhat powerless in front of those very important people.

As I write this article, it is a Wednesday morning in June 2021. I spent the last years involved with motherhood and other personal and professional projects. Since last year, the pandemics have brought an interdiction to immersions, one which will hopefully pass after some time. When it does, I plan to continue carrying out immersions, but this is content for a next chapter.

What I would like to leave here, for now, is my praise for Immersions. They proved to be an effective tool for policy making because they allow us to put ourselves in the other’s shoes not through a distant theoretical and intellectual approach, but in actual and factual experience. When we feel in our own bodies the hardships that others endure daily, we feel profound empathy and become capable of, when designing the program, taking into account their living realities.

Moreover, Immersions marked a turning point in my personal development, as a professional, an individual and a woman. By daily experiencing the lives of the women whom I lived with, I was able to learn from their inner strength and resilience. In realities of great deprivation, they stood firm. Centered. They were rooted enough to be able to emotionally sustain themselves, their families and even me. I always felt sheltered and warm. They transformed the way I live my own womanhood, my marriage and my motherhood, because I searched inside of me for that same strength they had. They taught me how to find it and how to use it.

Development should be an exchange process, one that is made possible through connectedness. Immersion approximates separate worlds; it brings the other closer and sheds light on the human element lying beneath the surface. Immersion teaches us to experience diversity with our own bodies and helps build who we are. Our beliefs and actions become a result of the living presence of the other’s reality in our five senses, and in our whole being.

Julia Pá is a Brazilian IDS alumna, who has worked quite a bit in development with Social Protection programmes (World Bank, DFID, Brazilian Government) and created the 13 Moons Project: immersing in the lives of women from remote communities around the world in a search for feminine wisdom. The immersions became short films like the one below. For more information, photos and other short films on her Immersions visit 13moonsproject.com.

Video: My Days with Her (English subtitles) from 13 Luas Films on Vimeo. A short film from my immersion in the household of Chola, a matriarch in a house of 13 people in Nuquí, a small community by the Colombian Pacific Coast.