Photo by Matt Collamer on Unsplash

Stopping at a traffic light has become an arduous experience in South Africa’s biggest city, Johannesburg. No, it is not because residents are always in a rush to get to their destination but rather, it is the reality of social inequity that literally stares you in the face, begging you to do something - that makes one uncomfortable. I’m referring to the countless homeless people you will encounter at almost every intersection. They are often young men who wear ragged clothing, often with no shoes. At times you will see a woman cradling a baby with a toddler close by. While both men and women encounter different challenges living on the streets, they have one thing in common - an appeal for help. A plea to be seen.

I did not expect to encounter the same plea when I came to Brighton. My first trip to the city left me dazed. On the one hand, I got lost in the city’s authentic architecture which until this point, I had only seen in British films. But on the other hand, I was almost transported back home when I walked past homeless men asking passers-by for money. Perhaps my shock came from a place of ignorance.  Every country has social issues. But the general perception about the United Kingdom - at least where I come from, is not one of poverty or desperation. I do not encounter magazines with emaciated white children on the cover. I do not regularly see television adverts with calls for donations for struggling poor people in England. This is an image largely reserved for the Black African and occasionally includes other nationalities. When I think about ‘developed countries,’ or the ‘first world,’ terms like stable democracy, leading economy and developed infrastructure, take centre stage. One cannot blame my perception considering the economic gains the UK has made through colonialism but even more so due to the stereotypical ‘first world’ picture painted by the media in conjunction with social and educational institutions.

Allow me to be a bit more tongue in cheek here by also drawing to your attention that some of the homeless in Brighton, are homeless with their dogs too. Perhaps they could have been evicted with their pets or they have pets for protection. But to me, that is the ultimate sign of privilege –even in poverty. I crudely mention this to point out the disparities in what poverty means for a developing country as opposed to a developed country. Having a pet is a luxury for the middle class in a developing country because poor families often cannot meet the economic needs of pets while trying to stay afloat. This is not to say that the homeless in the UK should not own pets but rather, it shows that the level of need here is not comparable to countries where the homeless literally go to bed hungry. 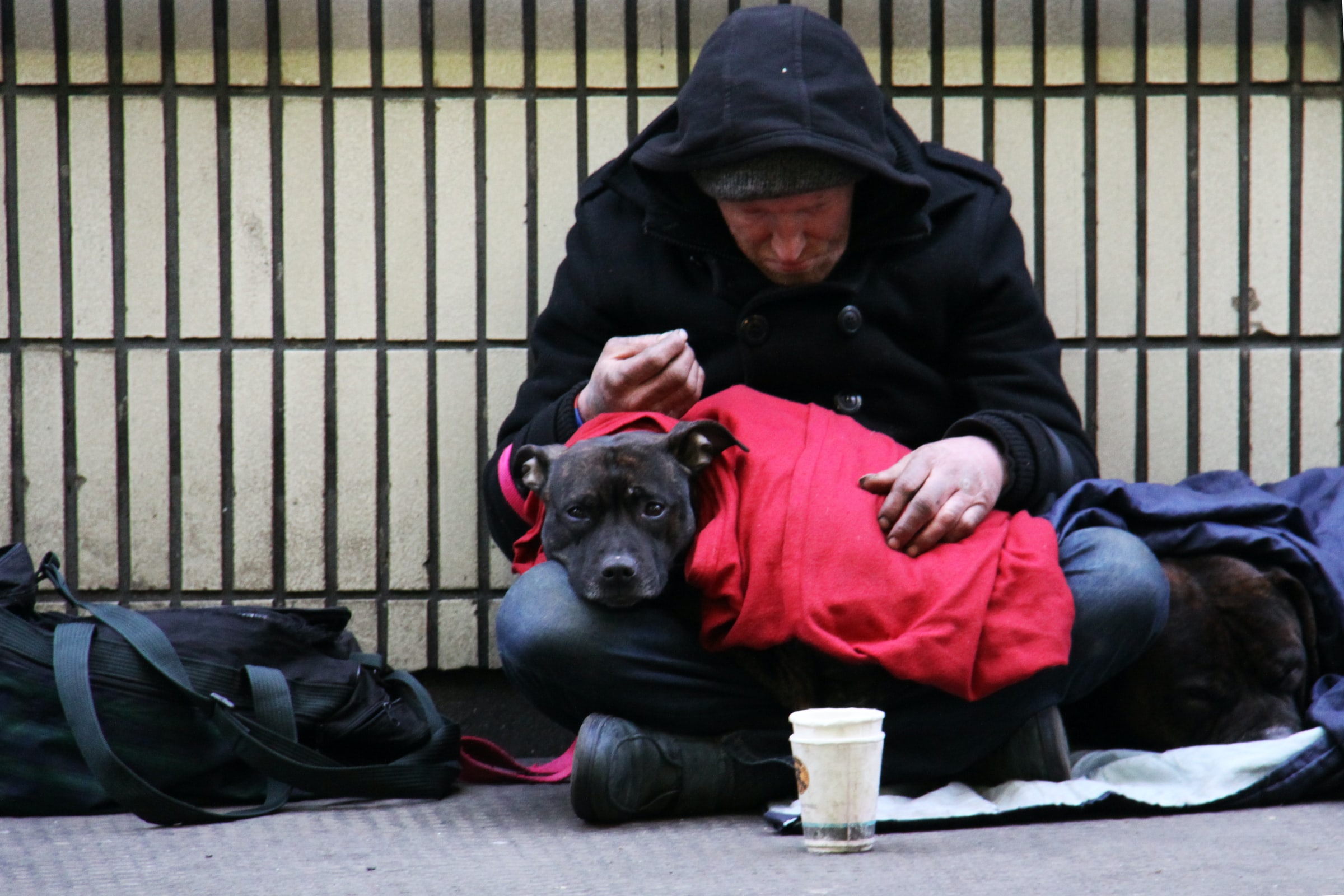 Photo by Nick Fewings on Unsplash

Homelessness in the UK refers to people who do not have a permanent residence. The definition also includes broader categories such as people who are at risk of abuse or violence or people who live in conditions that may affect their health. The homeless in the UK can get help from councils who are legally obligated to assist.  The homeless population in England was 280,000 in 2019 according to official figures from government statistics. The number of rough sleepers – people that sleep on the streets – was an estimated 4,677 in 2018. This figure is 165% higher than in 2010 but is considered low because it only represents a snap shot from a single night’s count.  I will compare the homeless figures here with South Africa to clarify my position. In SA, the definition of homelessness is narrower than in the UK. The term is literally for people who live on the streets (excluding categories of people who stay with friends or have to move because of health issues or abuse). The majority of the homeless depend on charity for sustenance and shelter with little to no help from the government. The estimated population in 2015 was 200,000, a relatively conservative number because the government does not have official figures to track the homeless populace.

The United Nations Human Settlements Program estimates that over 1.6 billion people live in inadequate housing while over a 100 million people do not have housing.  There is a stark difference in the level of homelessness in developed countries compared to developing and poor countries. From over 550,000 thousand homeless people in the United States which accounts for 0.17% of the population, to 24 million in Nigeria (13% of the population). The data points to a deep humanitarian crisis that is not just endemic to poor or developing countries.  The stark difference however is in how each country handles the problem.

England witnessed soaring numbers of overcrowding in rented housing according to a 2020 survey by English Housing. This is evidence of a systemic housing shortage and perhaps unaffordable housing. And while the homeless South Africans can ‘weather’ living on the streets, the same cannot be expected in England where temperatures can reach minus three degrees and more in winter.  Official figures on the number of homeless people that have died on the streets or in temporary accommodation, stood at almost 600 in 2017. 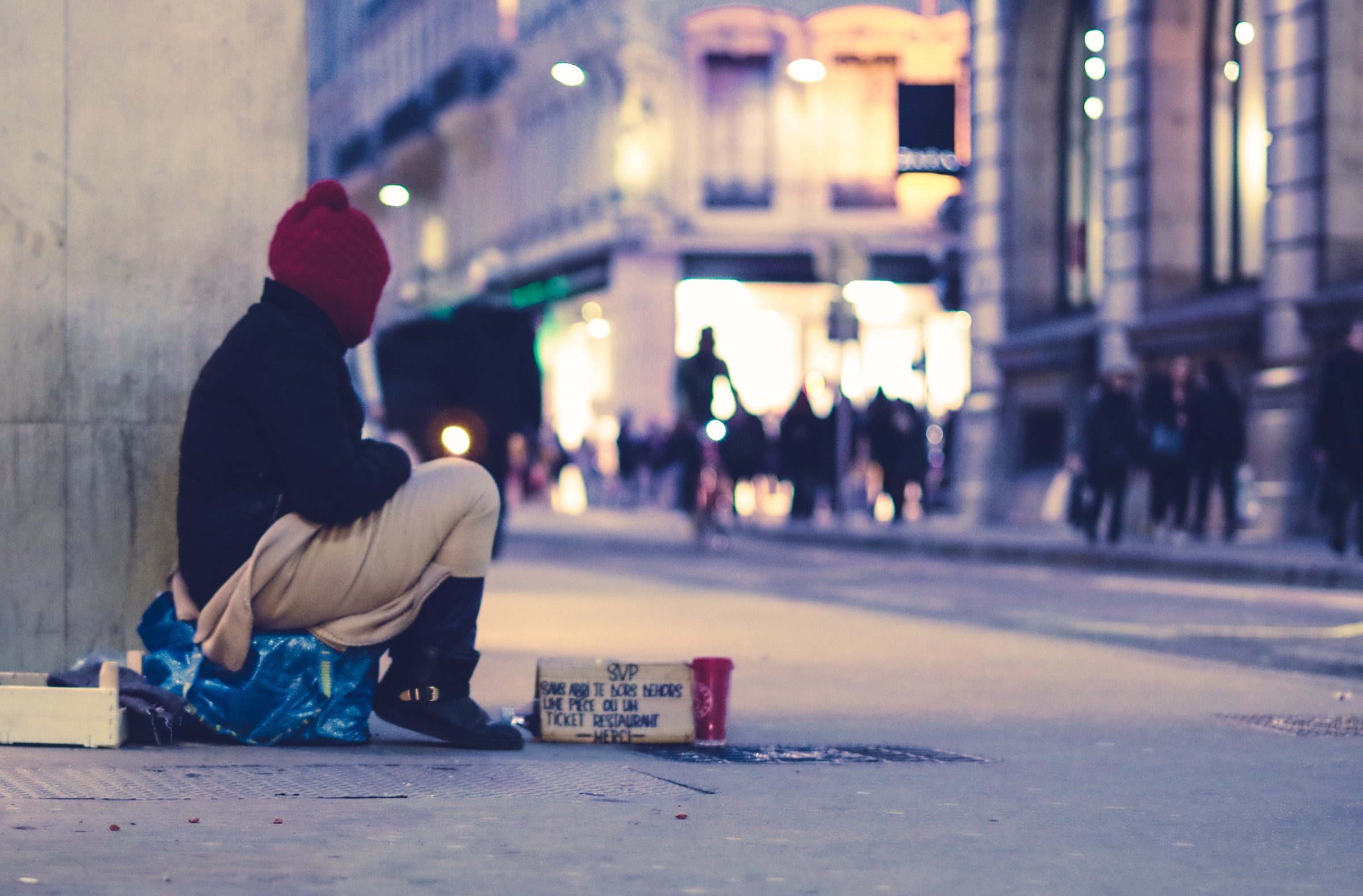 Photo by Ev on Unsplash

The work of ‘development’

The purpose of this article is not to compare the state of homelessness in the UK and other countries but rather to consider how the UK is tackling the issue in its own country. The UK has social issues much like other countries. But there is a stark difference in the extent and depth of these social challenges compared to countries that also have to contend with socio-economic and entrenched structural issues, like inequality, spiraling unemployment and massive government debt, along with inadequate social services. Essentially, the UK government can and should do better for its homeless population. The country has the resources and economic power to build more social housing and offer better support for the homeless. If the country has the resources, why is it not doing more for the homeless?

You can find out more about homelessness in the UK from the charity Shelter and if you want to know more about what the UK Government is doing to help please see their website.

This is one a series of blogs supported by the IDS alumni office and written by current IDS students and PhD Researchers from academic year 2020-2021- Autumn Term.