Photo by Markus Spiske on Unsplash
Just two years ago, when I was working in advertising, disruption was the buzzword of the moment. Branding the walls of the agency, the word ‘disruption’ sat right at the heart of sales pitches to prospective new clients. I watched as client after client fell for the idea that their brand could interrupt people’s online pathways at a calculated point in time, aiming to show them advertisements they didn’t know they wanted to see. Described as a cost-effective, digital-first, direct-response tactic, disruptive technology was key to the digital advertising agency’s DNA. However, I grew tired of disruption. For me, disruption had lost its dynamism. Predictable and out of touch with real people’s wants and needs, I couldn’t help but question whether this advertising tactic was the right way to talk to potential customers.

Fast forward two years and disruption has cropped back up on my radar. I’m now an MA Development Studies student at IDS, gaining the theoretical background to use my media experience for future work in the development sector. From health and nutrition programmes to climate change policy, the disruptive nature of technology is catching the attention of researchers, politicians and development practitioners alike. I am completely re-imagining what digital disruption represents and the potential it has.

What does disruption mean in the context of development?

Within the context of development, digital disruption refers to the advancement of new technologies which aim to tackle global issues by bringing services, through digital means, to all people, irrespective of their wealth or status. Often they enable people to take action in a more cost-effective way to cater to their own wants and needs. These technologies aim to shake up pre-existing, often out-of-date, hierarchical systems, which do not work for the majority of people.

If you google “disruptive technologies for health”, Clayton M. Christensen et al.'s article. will rank organically on the first page of Google search. The article sits just below the paid ads, which comprise Accenture and IBM’s encroachments into the digital health sphere (it seems everyone wants to have a finger in the pie of the ‘unrealised potential’ of disruptive technology).  Christensen begins by asking us to imagine a portable, low-intensity X-ray machine that can be wheeled between offices on a small cart. Disruptive technologies such as this, posits Christensen, are a simple alternative to expensive health care.
In a recent lecture an IDS fellow advised that ‘disruptive technologies’ in healthcare revolve around progressive new approaches to care and management which provide ‘good enough’, affordable services. By nature, disruptive technology in healthcare could enable a larger population of less-skilled people to take on the work that could historically only be performed by medical specialists in centralised locations. 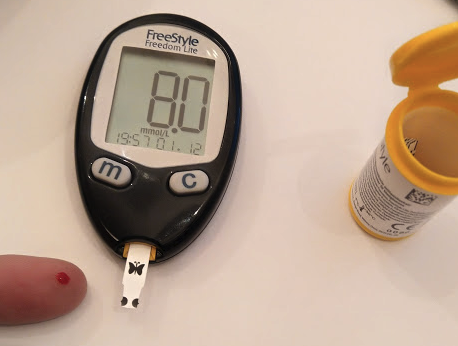 Self Monitoring of Glucose Photo by Omstaal [CC BY-SA 4.0 (https://creativecommons.org/licenses/by-sa/4.0)]

Enabling patients to do things for themselves which previously used to demand the cost and expertise of a professional is an exciting prospect for those hoping to help the poorest members of society manage their conditions. Diabetes control and management is the classic example of how disruptive technology in health systems can enable self-care: patients today use micro-sized blood glucose metres to help them manage their own diseases. Previously (before 1980), patients with diabetes could only know whether they had abnormal levels of glucose in their blood indirectly. Disruptive, portable machines can enable anyone to manage their condition from wherever they like.

What about “disruptive technologies for climate change”?

What sort of solution might technological disruption provide to global warming? Similarly, digital disruption enables citizens to take an active role in the energy sector revolution.

Prioritising disruption over innovation has become a feature of the narrative around tackling climate change due to the urgency of the issue. As well as focussing on the disruptive technologies themselves, the green transition via disruption is treated as dependent upon the need to disrupt markets to tackle climate change. 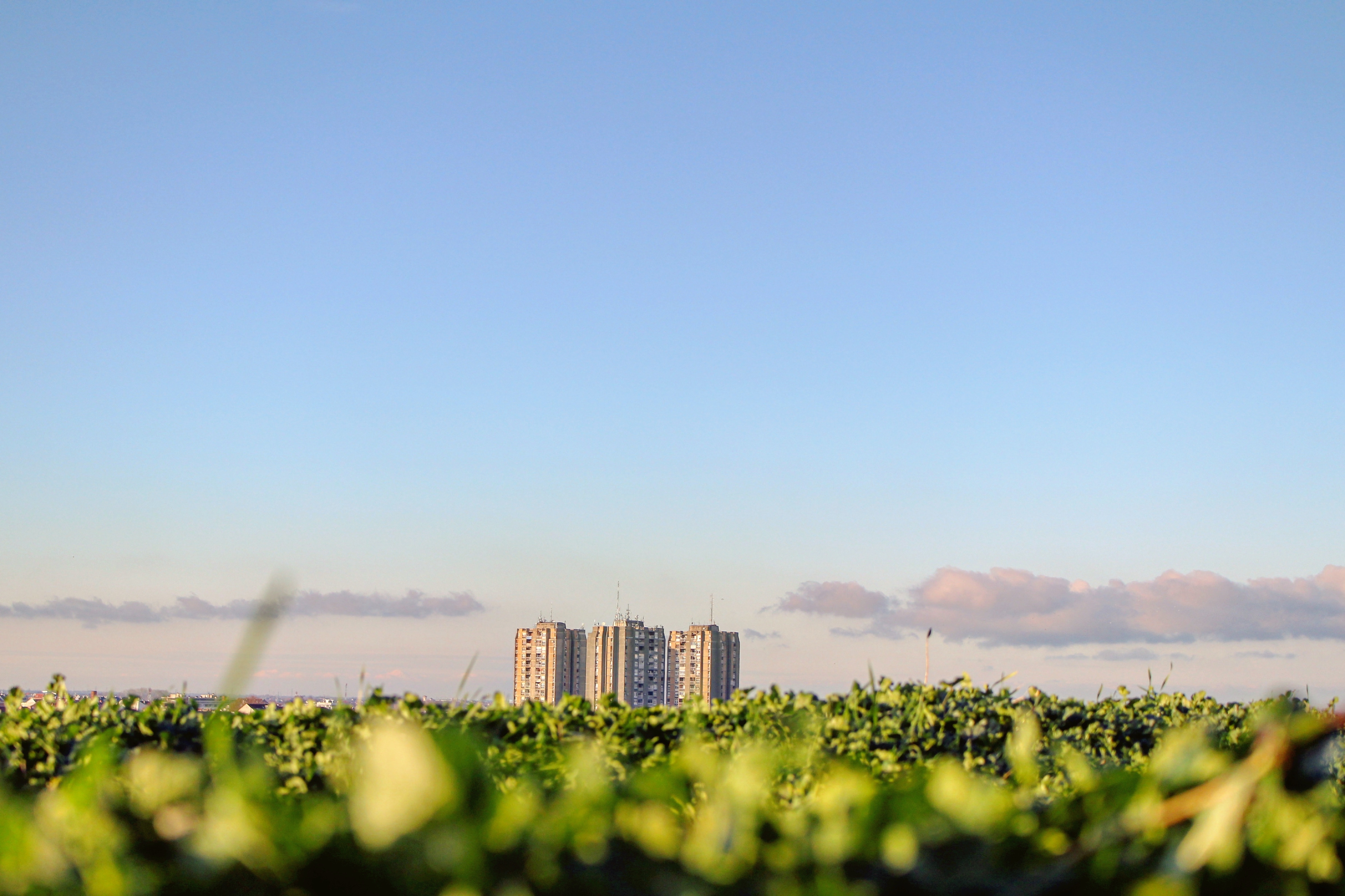 Cities can be more sustainable if we embrace disruptive technologies. Photo by Iva Rajović on Unsplash

Disruptive technologies have also been invented with the aim of recycling used food products such as coffee grounds into biofuels and biochemicals. The world’s first company to do this is Bio Bean, a self-proclaimed“ #Poweredbycoffee initiative which created the first coffee recycling factory in the UK. Acknowledging the contribution which waste commercial coffee makes to rising temperatures, (most coffee is deposited into landfill where it emits methane, a greenhouse gas 28 times more potent than carbon dioxide), Bio Bean is now looking to take the company global; recycling coffee waste on an international scale to reduce carbon emissions. 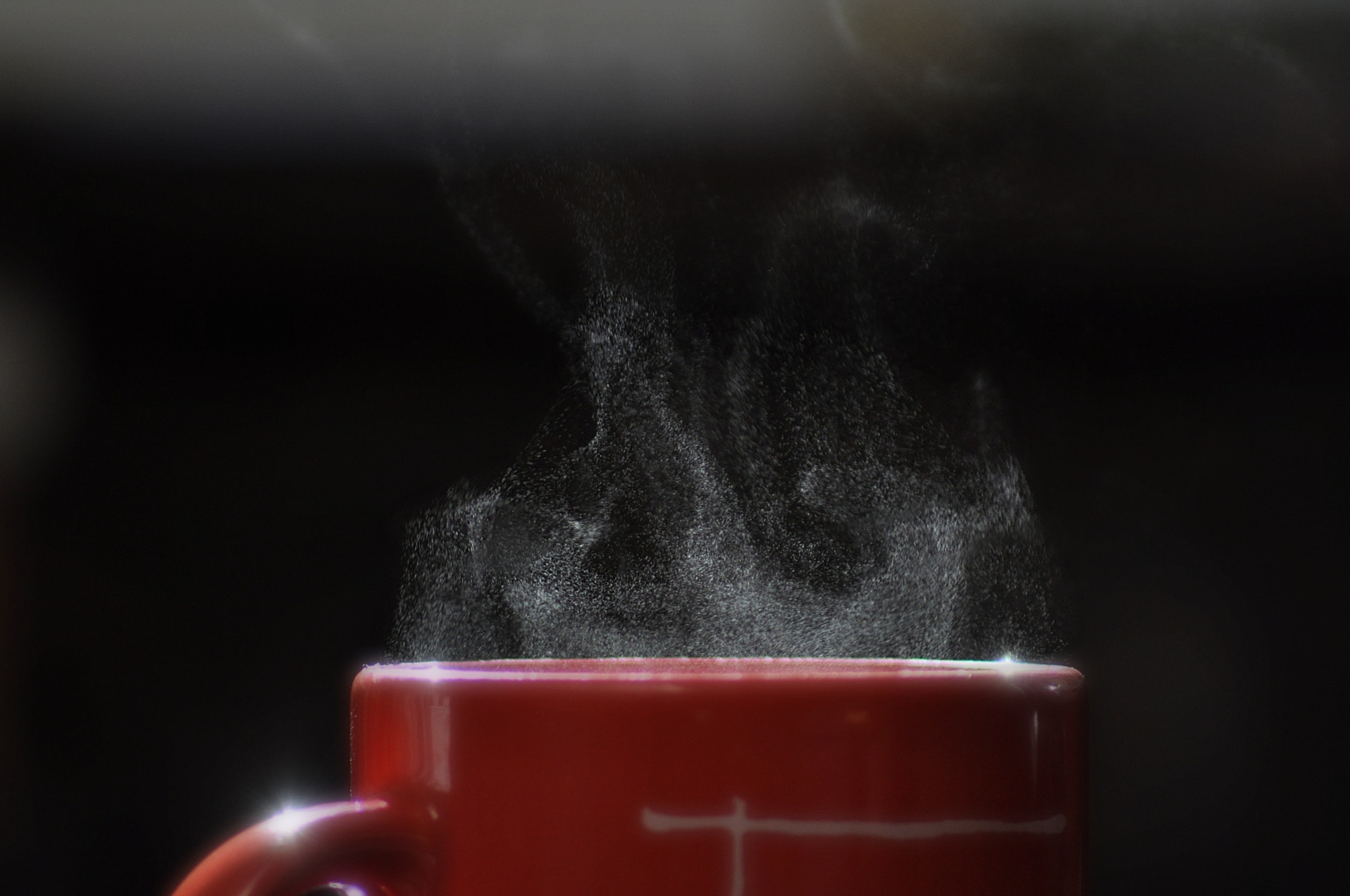 Coffee produces a huge amount of waste in the UK. Photo by Dave Michuda on Unsplash

So, what search results appear if we google, “disruptive technologies for development”?

World Bank blogs titled “Why Disruptive Technologies matter for affordable housing” appear alongside ICT4D (internet communication technologies for development) policy briefings. Not only is technological disruption being talked about, it’s becoming a key strategic pillar of reports which aim to tackle the most pressing global issues we face.

Whilst it was once a term I was so familiar with in the advertising world, used to pitch new technology to clients, ‘disruption’ in development is a means of providing services to all individuals, enabling them to take control of their health or carbon footprint. The examples above demonstrate how disruptive technologies in varied sectors can both simplify complex problems and enable citizens to take urgent action. Re-imagining ‘digital disruption’ whilst studying for my MA at IDS has enabled me to see the technological means by which innovation can open our eyes to much needed changes on a global scale.

Main Image Credit: Photo by Markus Spiske on Unsplash This is one of a series of blogs written by current IDS MA students. Other blogs published include: autopsy of a failed climate change policy: the gilet jaune movement in France, inclusive governance, women's rights in Brazil, social work and international development, and social protection at CSW.