Mina is on a mission to decolonize development with her organisation Human Research Consultancy. She shares her inspiration and journey as a social entrepreneur in the UK. Photo: Mina Chiang by Ya Gan

Mina was born in Taiwan, where she spent most of her life before coming to study for a Master’s in Development Studies in 2017. As an undergraduate student, she took part in several development-related projects; training teachers in computer literacy in Sierra Leone, attending Model United Nations in Australia and studying abroad as an exchange student in Israel. These experiences opened her eyes to how fortunate she was and the interconnectedness of global development challenges, she decided that she was going to contribute to society in some way and the possibility of a having in a career in international development started to form in her mind.

Choosing and being in IDS

While working as a Project Officer in Tanzania in 2016, Mina realised that she required a master’s degree to pursue a career in international development. She had developed a good working relationship with local people but felt lacking in her worldview and wanted to see issues from more theoretical approaches. When she could not find a course specifically on international development in Taiwan, she searched online for the best places to study development, applied to multiple schools and settled on IDS because course convenor James Prescott took the time to answer her burning questions about IDS. Her desire to study in the UK also stemmed from an affinity to Europe, the UK’s strong international development sector and an opportunity to improve her English. Mina also successfully secured a Rotary Scholarship to cover the cost of her masters.

Mina describes her early days at IDS as very exciting, meeting people and learning from the diverse experiences of people coming from all parts of the world. She appreciated the critical lens IDS lecturers brought to the lectures and was inspired to think deeper for new perspectives.

My first few days at IDS felt like being at the United Nations, meeting people from over 50 countries and feeling the sense of connection and unity, I felt very excited to be there

IDS provided a unique opportunity to interact with both students and lecturers on a wide range of development topics and for Mina, one special person at IDS was Eric Kasper whose PhD supervisor happened to be Mina’s thesis supervisor, she found their conversations easy and encouraging and this relationship became even more solidified when Mina responded to a call for a proposal on a research project tackling modern slavery in the Thai seafood industry and Eric was happy to be part of her team alongside other investigators to boost their application.

I really appreciated him, his willingness to support me gave me the confidence to apply

Although their application was unsuccessful, the journey of proposal application was an invaluable learning experience. It was from it that Mina began to learn more about the cycle of research consultancy projects; from design methodologies to budget writing and this experience has contributed significantly to her career.

Mina landed her first consultancy job after sending her dissertation to the US-based initiative ‘Seafood Slavery Risk Tool’. From there she received invites to work as an independent consultant on other projects related to tackling modern slavery and human trafficking.

Mina’s passion and growing experience in tackling issues of extreme human sufferings in the world motivated her to start her own consultancy; she imagines a world where local people are more engaged in research projects employment, beyond translation or other peripheral capacities. She believes they are best suited to address, often hidden, contextual issues in social issues such as modern slavery.  She initially planned to launch this in her home country, Taiwan, but could not as there were no existing legal instruments on modern day slavery in the country. With support from the Sussex Innovation Centre, she secured an entrepreneur visa which allowed her to set up this new business and work in the UK, and continue to grow the social venture with the support from the Cambridge Social Venture Incubator.

Her organisation, Human Research Consultancy looks to become a leading consultancy that builds an extensive pool of consultants from the developing countries they work in. They passionately tackle issues of global atrocities such as modern slavery and human rights through nuanced research consultancy service to governments, private sector and NGOS. Through her organisation, Mina has worked on several projects; including a current project with IDS to understand what counts as successful reintegration for survivors of human trafficking funded by Winrock/USAID.

Being a consultant gives me an opportunity to communicate with decision makers and can help inform policy change, this for me feels like real, impactful work

Mina describes the sense of justice in the IDS vision and values as one she shares and one that motivated her to build her business in ways that are both ethical and helping to right wrongs occurring within development work. Her development hero is Hans Rosling because he is someone who makes development stories relatable in simple and hopeful ways; his books and articles helped her realize that the world is indeed better than it was in the last century and believes that things can get better. 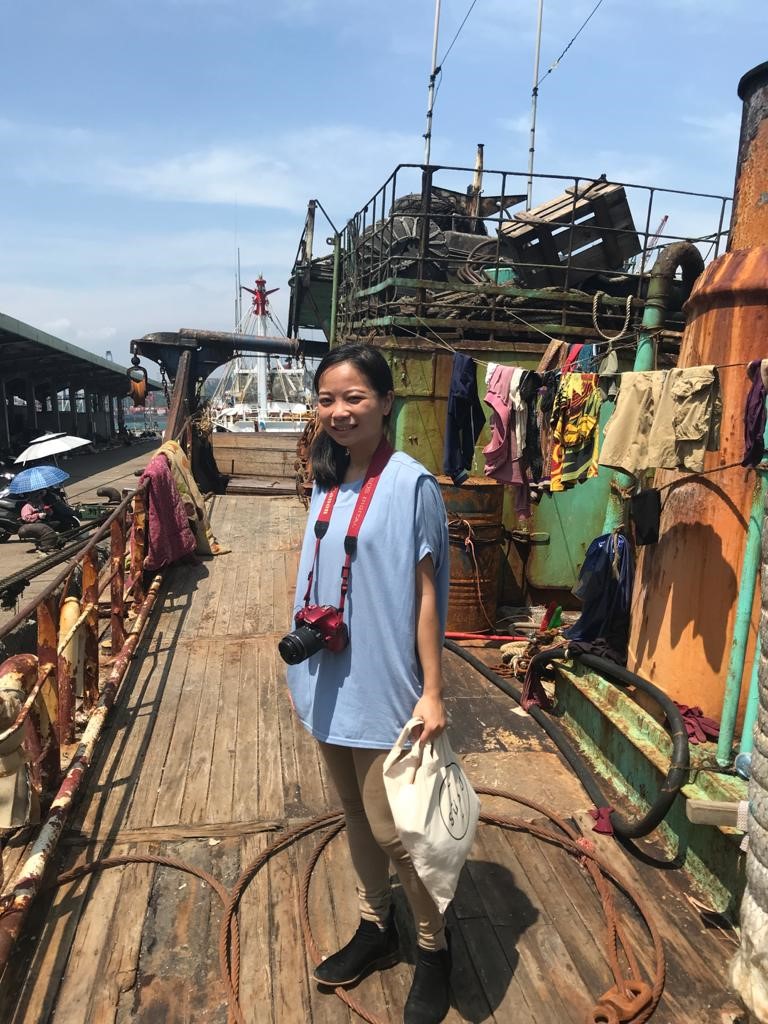 To current and potential IDS students

Speaking from her own experience, Mina would like students to refuse to limit themselves,

don’t underestimate yourself and your abilities; sometimes you come to environments like IDS, filled with very excellent people and you start to feel you are not that good. Remember why you came to IDS and the love for humanity that inspired that decision

Like every other success story, Mina’s journey has had its own shares of low moments, yet she remains determined to achieve her goals and make an impact in the world as she believes in God’s plan for her future. She is that self-starter who is not afraid to try new things and her inspirational journey as a foreign entrepreneur in the UK working to bridge the gap between access to local consultants and research work in the global development space should motivate us to never give up.

Living in Brighton has been exciting for Mina, visiting the hills and just driving through the city on a sunny day brings her calm and gratitude in the world. She enjoys listening to other people’s stories beyond work and is happy to connect with people via her LinkedIn and Facebook pages.